Share a memory
Obituary & Services
Tribute Wall
Read more about the life story of Rev. John and share your memory.

Father John Cashman, a Passionist priest and member of the Congregation of the Passion of Jesus Christ, died after a short illness in Naples, Florida on January 14, 2023. Born on December 20, 1938, in Boston, Massachusetts, he was 84 years of age at the time of his death. He was predeceased by his father, John T. Cashman, his mother, Louise A. Totten Cashman, and his siblings William and Gerard. In addition to the men of his religious Congregation,

Fr. John is survived by his two sisters, Catherine Norton and Roberta Broderick; his brother, Michael and his wife, Carol; his sister-in-law Joan Cashman; his Uncle Robert Cashman; and many loving cousins, nieces, nephews, grandnieces and grandnephews.

Fr. John graduated from Boston College High School, Dorchester, Massachusetts in 1956. He attended Boston College and graduated from Holy Cross Preparatory Seminary, Dunkirk, New York in 1959. He entered the Passionist novitiate in 1959 and professed vows at Saint Paul of the Cross Monastery, Pittsburgh, Pennsylvania in 1960. He received a Bachelor of Arts degree in Philosophy from the Passionist Monastic Seminary, Jamaica, New York, in 1963 and a Master of Arts in Theology from Fordham University, Bronx, New York in 1976. He was ordained a priest by Bishop Cuthbert O'Gara, a Passionist Bishop from Yuanling, Hunan Province, China, at Saint Michael Monastery, Union City, New Jersey on June 2, 1967.

Father Cashman began ministry at Saint Michael Monastery, Union City, New Jersey. He conducted missions and retreats from 1967 to 1969. He was associate retreat director at Bishop Molloy Retreat Center, Jamaica, New York from 1969 to 1974. He was vicar at Saint Michael, Union City, New Jersey from 1974 to 1976. He served in campus ministry at Saint Peter College, Jersey City, New Jersey from 1976 to 1983. While at Saint Peter, he received the Outstanding Service Award and was Catholic Chaplain for the New York Giants football team. He became pastor of Saint Gabriel, his home parish, in Brighton, Massachusetts in 1983 and served there for seven years. He returned to campus ministry at Cabrini College. Radnor, Pennsylvania from 1991 to 1995. He was pastor of Saint Joseph Monastery Parish, Baltimore, Maryland from 1995 to 1996. He served at the Passionist Pastoral Center, South River, New Jersey from 1996 to 1998 and was parochial vicar at Corpus Christi parish, South River, New Jersey. He moved to Naples, Florida in 1999 and ministered in St. Ann’s parish until 2003, San Marco Church in Marco Island from 2003-2006, and St. Columbkille Parish in Fort Myers from 2006-2013. Due to health concerns he continued in limited ministry until his death.

Visiting Hours in the Lehman, Reen, & McNamara Funeral Home 63 Chestnut Hill Avenue, Brighton, Massachusetts will be from 4-7pm on Thursday, January 26, 2023. A Mass of Christian Burial will be celebrated at St. Columbkille Parish Church, 63 Market Street, Brighton, Massachusetts on Friday, January 27, 2023 at 10:30am. Mass can be livestreamed at church website www.brightoncatholic.org Burial will be at Mt. Benedict Cemetery, 409 Corey Street, West Roxbury, Massachusetts immediately following the Mass.

Donations in memory of Father Cashman may be made to Passionist Missionaries, 86-45 Edgerton Blvd. Jamaica, New York 11432. 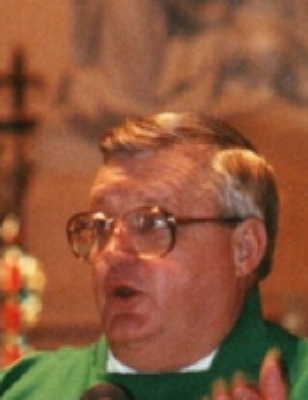