Share a memory
Obituary & Services
Tribute Wall
Read more about the life story of Roberto and share your memory.

Roberto Alvarez de Sotomayor passed away on Wednesday January 18, 2023 at the age of 87.  Originally from Havana Cuba, Roberto immigrated to the US during the Cuban Missile Crisis leaving behind an aspiring career in Opera music.  Roberto’s work ethic and fierce determination were evident as he taught himself English and put himself through school with the goal of bringing his mother, brother, and brother’s family to the US.

Roberto moved to Boston where he met his wife Mirtha at a Cuban Social Club. They celebrated 52 years of marriage together, and raised three wonderful children.

Roberto got a degree in accounting and worked at Corcoran Management Company for 20+ years. He also worked nights as a butcher and baker at the Old Star Market on Western Ave. to make sure his children went to the best of schools.  He and his wife also owned and operated a convenience store. During the blizzard of 1978 he walked from Brighton to Chelsea to ensure the store was open for the community.  After retiring as an accountant, he dedicated 10 years to Saint Columbkille’s rectory and was extremely proud to Sing Ave Maria and the Christmas midnight mass.

Roberto had a passion for food like no other and was often described as someone who never met a meal he didn’t enjoy.  He was best known for his beautiful voice, love of God, generous spirit, and unwavering devotion to his family whom lovingly called him “Pa”.  He is survived by his wife, Mirtha (Aquique), their children: Alex Alvarez de Sotomayor and his wife Christina, Jason Alvarez de Sotomayor and his wife Ashley, Meg Johnson and her husband Mark, his grandchildren: Lucas, Elena, and Dominic, brother Rodolfo, as well as many nieces and nephews.

Funeral from the Lehman Reen & McNamara Funeral Home 63 Chestnut Hill Ave (Nr Brighton Courthouse) BRIGHTON on Thursday January 26th at 9:30am.  Followed by a Funeral Mass in St. Columbkille Church 321 Market Street Brighton at 10:30am.  Interment Calvary Cemetery, Waltham.  Relatives and friends are kindly invited to attend.  Visiting Hours on Wednesday January 25th from 4-7pm in the funeral home.   In lieu of flowers donations in memory of Roberto may be made to the Alzheimer’s Association of MA  309 Waverley Oaks Road Waltham, MA 02452.  For directions and guest book please visit www.lehmanreen.com 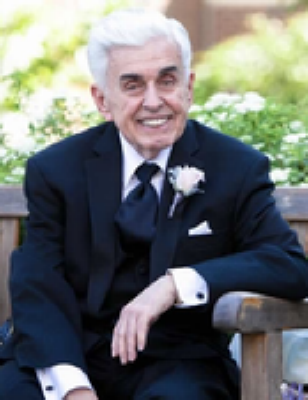